Over spring break a friend of mine (Ash Poust) found a nearly complete sea lion jaw in a concretion. This was over a spring break road trip, during some reconnaissance fieldwork in coastal Oregon. Below is a photo of the specimen as found. 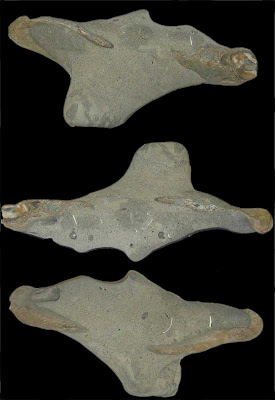 Photo of the specimen before acid preparation.

Over the last couple years, I've been experimenting with acetic acid for acid preparation. In the case of nodules from the Purisima Formation (material I usually am preparing), acetic acid merely softens the concretion to ease mechanical preparation. Nodules in the Purisima Formation are typically sandstone with calcium carbonate cement (i.e. the nodule is more or less a zone of calcium carbonate cemented sandstone that preferentially weathers out). This specimen appeared to be in a carbonate nodule as well. I figured before I started mechanical preparation of this jaw, I should at least stick it in an acid bath for a couple days. So I left it in a tub over night, and was amazed at what I saw the next morning. 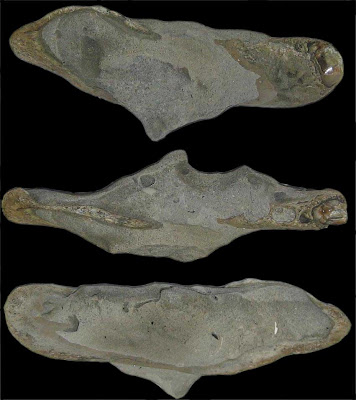 Photo of the specimen after 20 hours of acid preparation.
That may not seem like a lot at first, but if you look closely it is obvious that there is about a 1/2 centimeter of the nodule missing. Unlike specimens from the Purisima Formation, the sand from this nodule simply fell away as the cement dissolved. Purisima nodules tend to stay together during acid prep; a few grains will be shed, but the acid just seems to weaken the outer centimeter of the nodule. 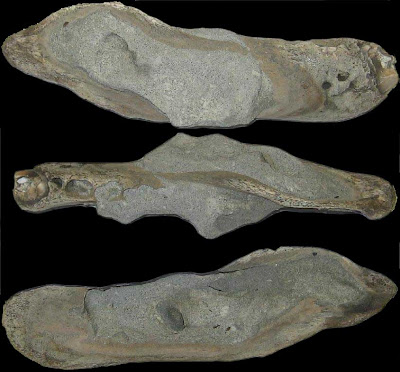 Photo of the specimen after 45 hours of acid preparation.
As of right now, approximately 1/2 of the entire nodule has been dissolved away, and it has used up 2/3 of a gallon of acetic acid (i.e. regular vinegar; costs me about 3$ a gallon). Thus, it looks like I may not really have to lift a finger to get this completely prepared - all I have to do is switch out the vinegar each day (once it stops fizzing), spend another three bucks (I doubt it will require more than another gallon to finish the job) and wait. Which is a good thing, because I have a take-home final exam to finish.
Posted by Robert Boessenecker at 4:19 PM

Nice prep work you got going on there! How big is the specimen?
Acetic acid is a very useful tool. I've been doing some acid prep myself on a sirenian skull; should post about it at some point...

The dentary is approximately 6-7" long or so. Acetic acid is great - thus far, I've used it mainly just for softening up CaCO3 concretions for mechanical preparation. But this has worked fantastically! I'll post more photos once the acid prep has advanced more - I ran out of vinegar, and someone's borrowing my car, so I can't get any new stuff yet.